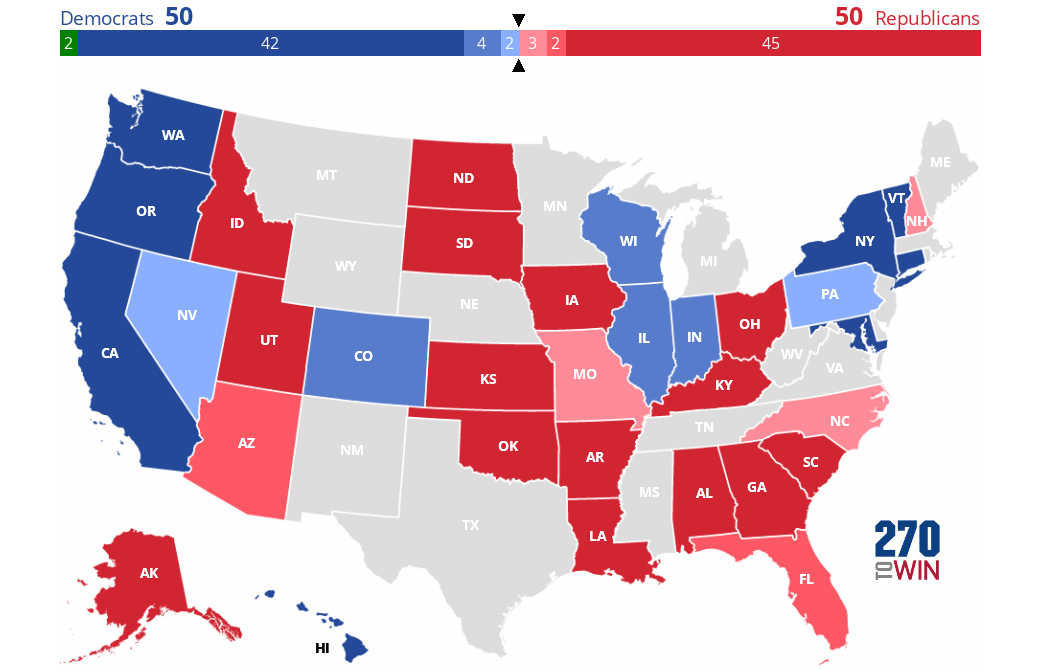 On ONR’s associated YouTube channel, Pedestrian Predictor, I will be doing more in depth analyses on some of the 2016 Senate battleground elections. Click the link of the Senate race you are interested in learning more about:

The Million Dollar Question: Will the Democrats Win the Senate?

One of the more overlooked implications of this election is which major party will take the Senate. The Senate currently has a Republican majority, but there is a decent chance of the Democrats taking control. ONR’s current Senate elections prediction shows the Republicans maintaining a very narrow majority; however, the toss-up state of many Senate races demonstrates that the Democrats have a legitimate shot of winning the Senate. If just two of our predictions in Republican-leaning battleground states turn out to be wrong, the Democrats will win the Senate. On election night, watch closely the results in Pennsylvania, New Hampshire, North Carolina, and Missouri. The Democratic Party candidate in each of these states has a legitimate shot of winning and could arguably be considered the favorite to win. However, it’s also important to note that the Democratic-leaning battleground Senate races in Illinois and Indiana could go red, which would secure a Republican majority.

Why Does This Map Heavily Favor Incumbent Candidates?

You may have noticed that the majority of these predictions have the incumbent candidate winning. Incumbent Senate candidates have an extremely high rate of reelection. In fact, the Senate reelection rate has not dropped below 75% since 1980. This high reelection rate can be attributed mostly to relatively high name recognition and a greater amount of funding.