Home / Election 2016 / The Audacity To Fight: How Democrats Can Retake Congress and Defeat Donald Trump 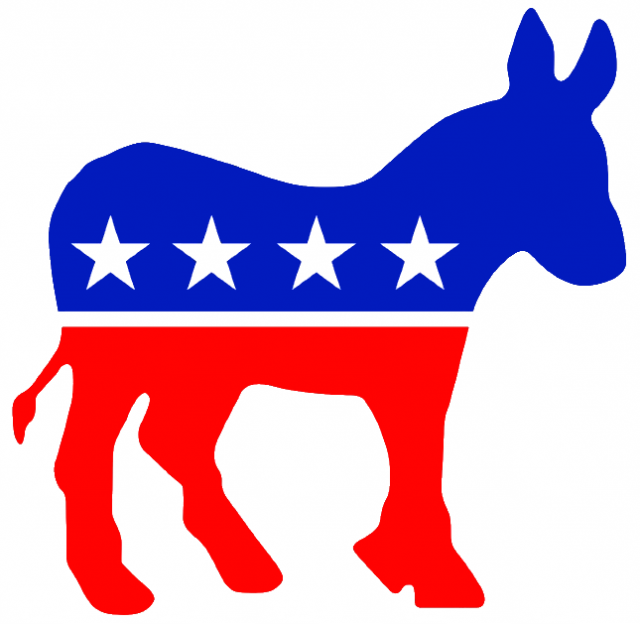 The Democrats’ top political priority over the next four years should be to make Donald Trump a one-term president.

If you do not have time to read anything else in this article, that’s the one-sentence summary. It’s going to take courageous Democratic leaders in Congress and even more courage by the rank-and-file members themselves, but if the Democrats follow this strategy, they will at least make substantial gains in Congress, governorships, and state legislatures in 2018, and defeat Donald Trump and the Republicans in 2020.

How To Defeat Donald Trump in 2020

It’s simple: make the voters furious over Donald Trump’s extreme agenda by fighting Republicans on anything and everything, oppose every single piece of Donald Trump’s agenda, no matter what. The Democrats will tie every Republican candidate for every office, from Congress to the state legislatures to the governors to the mayors to the city councilmen, to Donald Trump. Make him the most divisive face in all of American politics.

Democrats must be fully united, must never yield, and must be willing to fight dirty and hit below the belt in a political sense. Democrats must make every bill a party-line vote. They must constantly and consistently remind the voters of Donald Trump’s KKK support and the white supremacy agendas his supporters endorse. They must constantly sound the alarm about how dangerous voters should perceive his agenda to be. They must compare him to authoritarian leaders of the past and present. Democrats must make the legislative process as ugly and bitter as we can. After all, Trump bullied his way to the Presidency. He was not elected for revolutionary policy positions.

The reason? Republicans have no one to blame, as they are now the ones in charge. Not only will the electorate as a whole be seeing red over the first two years of the Donald Trump presidency, fighting the Republicans will energize the Democratic base and get them out to vote in the 2018 midterm elections. The anger of the electorate serves as a way to kill two birds with one stone: it will also intimidate Republican voters who know their party is about to get shellacked, and they stay home on election day. Not only will they make large gains in the House and Senate, but they will win numerous governorships being vacated by term-limited Republicans, state legislatures, and other statewide officers in the individual states.

History Can Repeat Itself

This is how they won back both the House and the Senate and ended George W. Bush’s legislative agenda in 2006. The Democrats fought back against a dangerous and disastrous agenda promoted by Bush after his narrow victory in 2004. The Democrats made the 2006 election a referendum on Bush, and they won. If they follow this strategy, they will win again and put themselves in an excellent position to win in 2020, an all-important Census year. If Democrats can win enough state legislatures, they can draw the Republicans out of power both in the individual states and draw them out of Congress.

You might be thinking that Democrats are classier than that. But, being nice is the exact reason why Democrats have lost, lost, and lost some more since 2010. Democrats allowed Republicans into bad-faith negotiations on the health care bill back in 2009, a tactic that was used to stall the bill as long as possible and make the voters even angrier about it. Since 2008, Republicans have insisted that President Obama was born in Kenya, and have tied every Democratic candidate for every office to Obama, and they have kept winning. Democrats in Congress continually refuse to fight the Republicans and they keep getting walked on.

The point is clear: you can be nice and keep losing, or you get tough, fight back, and win. If the Democrats play their cards right, they will be in position to nominate a ticket that will turn out the base and get minorities to turn out. One such example would be Sen. Elizabeth Warren for President and Sen. Cory Booker for Vice President.

Democrats in every office have already begun pledging to work with Donald Trump on various issues. To them, I say that they are already setting themselves up for further losses and a second term of Trump. They need to understand that Donald Trump has the same legitimacy problem that George W. Bush did: He didn’t win the popular vote. They need to understand the implications his presidency and his policies are going to have on blacks and other minorities, gays and lesbians, college students, low-income families and their access to health care, and many many others.

The Democrats were nice to Ronald Reagan during his presidency from 1981-1989. Democrats controlled the House of Representatives all 8 years, and had full control of Congress his last two years. In that time, House Speaker Tip O’Neill told his Democratic caucus to pass anything and everything Reagan wanted policy-wise, and the negative impacts it had on America’s middle and lower classes are still felt 30 years later. Instead of fighting Reagan, they allowed him to succeed, and the Democrats got crushed in 1984.

The Democrats were nice to George W. Bush during his presidency from 2001-2009. They allowed him to start two wars, pass the Patriot Act, and Ted Kennedy co-authored Bush’s signature No Child Left Behind Act. Instead of fighting him, making his presidency illegitimate by hammering away at the fact that the Supreme Court had to bail him out, the Democrats allowed him to succeed, and they lost a golden opportunity to take back Washington in 2004.

Democratic Party Leaders Must Step Up

The future of America and the Democratic Party is in the hands of its most powerful leaders. Do they want to win, or do they want to continue standing idly by, allowing the Republicans to run wild and destroy everything we worked so hard to build under President Obama? Bernie Sanders, Chuck Schumer, and Nancy Pelosi need to find the cajones to fight back. Right now, massive anti-Trump protests have started in Boston, Seattle, Portland, Philadelphia, Oakland, Chicago and New York. For the Democrats to win, this needs to be the scene on the National Mall every day from January 20 until election day 2018.

Our party got punched in the mouth last night. If the Democrats continue doing what they have been doing, they will simply fall to the ground and let the Republicans keep hitting away. If the Democrats follow this strategy, they will punch the GOP right back and eventually score a technical knockout. If the Democrats do not, then Donald Trump will be the next Ronald Reagan: a right-wing saint.

how the democrats can retake congress