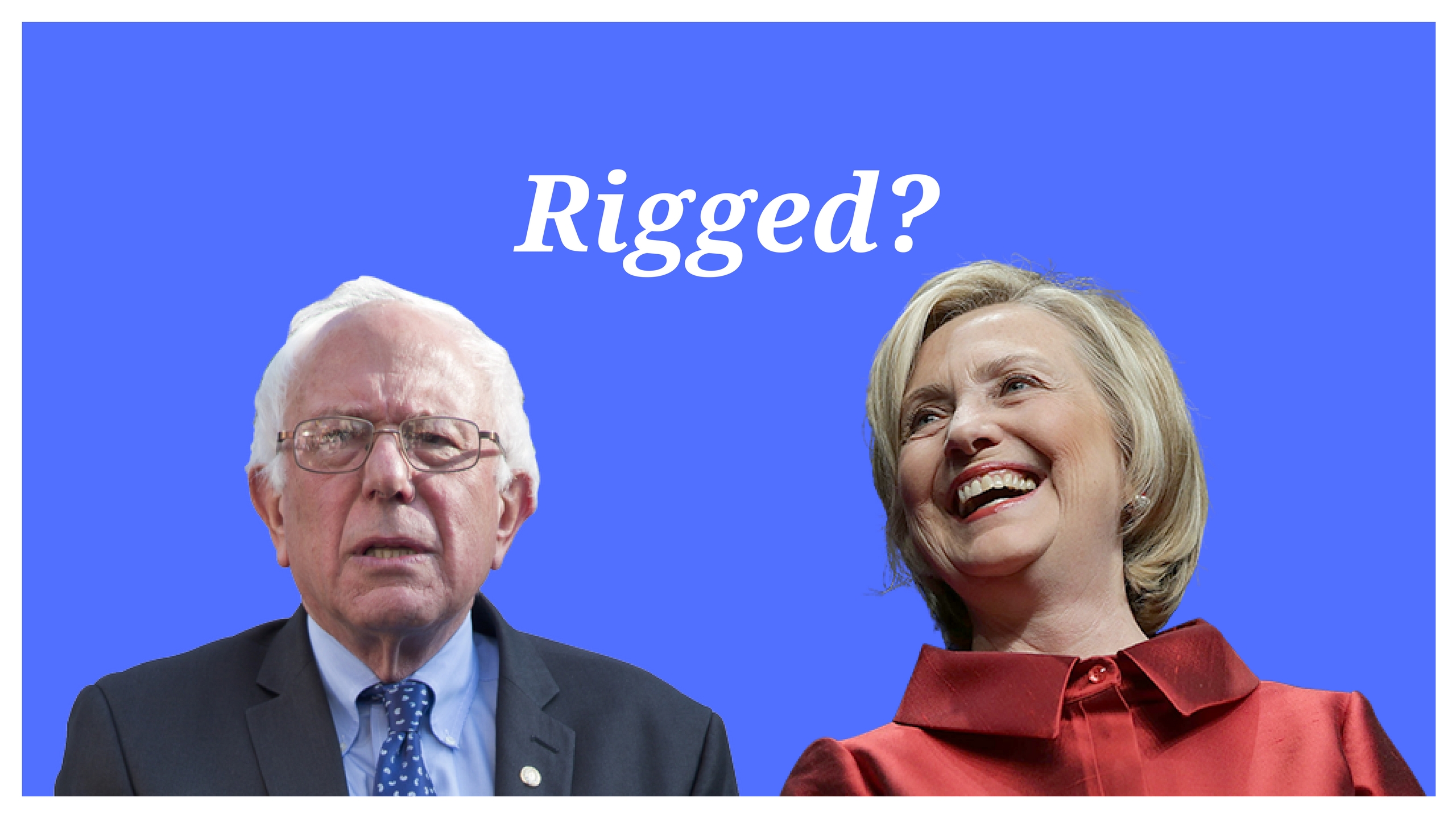 At the Democratic Leadership Debate on February 22, the prospective DNC Chair candidates discussed how the 2016 Democratic primary unfolded and how the DNC must remain neutral in upcoming primaries. The 2016 primary was incredibly contentious, as progressives and moderates argued over which ideological direction that the party should head in. During the primary, progressive Sanders supporters accused the DNC of favoritism towards Hillary Clinton, which begs the question — did the Democrats rig the primary?

DNC Chair Candidates Answer: Did The Democrats Rig The Primary?

Tom Perez was directly asked the question, which referenced previous comments he made about the Democratic primaries potentially being rigged. Like he has previously, Perez decided to tip-toe around the issue. While acknowledging major transparency issues in 2016, he declined to take a firm stance on whether or not he believed the Democratic primary was rigged.

Sam Ronan was more blunt. He said affirmatively that the Democratic primary was rigged. This isn’t the first time Ronan has made the statement, and it has become his main claim to fame in the DNC Chair race. Ronan was the only candidate on stage who openly expressed his belief that the Democrats rigged the primary.

Other candidates on stage, including Rep. Keith Ellison, supported moving forward while acknowledging the past and working towards increasing transparency within the Democratic party.

The five-candidate field of the Democratic primary quickly whittled down to two after the Iowa caucuses as it became clear that Bernie Sanders and Hillary Clinton were the only viable candidates. As months passed, Clinton built a significant delegate lead buoyed by big wins throughout the southern states of the country. However, Sanders continued to hang around with big support among millennial and independent voters.

Throughout the primary, Sanders supports were vocal about a number of rules they believed to be unfair — including hundreds of superdelegates pledging support for Clinton before a single vote was cast, crazy caucus rules, and a suspect debate schedule.

So, Did The Democrats Rig The Primary?

Every answer to the question “did the Democrats rig the primary” will be fairly subjective, but we’re here to present the hard facts so you can draw your own conclusion. While there’s no smoking gun, there were many troubling signs that make believing the primary was rigged a relatively reasonable conclusion. Let’s take a look at the evidence:

Wasserman Schultz took heat for a questionable debate schedule, which often had debates air on holiday weekends or at the same time as major sporting events. The major blow to Wasserman Schultz’s term as DNC Chair was a leak of emails released by Wikileaks, which revealed many conversations among DNC officials where they showed a strong distaste and disrespect for Sanders and his campaign. The DNC ultimately apologized to the Sanders campaign for the content of the emails.

Prior to the Democratic National Convention, Wasserman Schultz stepped down as DNC Chair and was booed off the stage at the eve of the Convention.

Did The Democrats Rig The Primary With The Hillary Victory Fund?

With the vital role money plays in American politics, any financial advantage Clinton had over Sanders cannot be ignored. While Sanders raised most of his money through small donations, Clinton raised most of her money from large donors and SuperPACs. But one overlooked source of revenue for the Clinton campaign was the Hillary Victory Fund, which was set up by the Clinton campaign, DNC, and 33 state Democratic parties.

However, the Clinton campaign took home over 98% of that money, leaving very little for the state parties involved in the collaborative. The DNC struggled to keep these details a secret, and the exposure of the deal contradicted the major talking point that Clinton did much more for down-ballot Democrats than Sanders did.

Data on the Bernie Victory Fund (2016) from opensecrets.org

The Media Versus The Sanders Campaign

More conclusions to the question “did the Democrats rig the primary” can be drawn from how the media treated Bernie Sanders. Now let’s be clear — the Democratic Party and the media are two mostly separate entities. The argument commonly made is that Hillary Clinton was the media’s candidate and, therefore, they did everything they could to boost her chances while belittling the Sanders campaign.

What evidence is there that the media was in the bag for Clinton? Well, some of the emails leaked by Wikileaks showed that the Clinton was consulted about media stories prior to their being published.

Perhaps the most egregious example of pro-Clinton media pundits undermining the Sanders campaign was when CNN Contributor Donna Brazile (who is now the sitting DNC Chair) leaked debate questions to the Clinton campaign. Brazile resigned as a result of this information becoming public. Brazile wasn’t the only pro-Clinton pundit who frequently appeared on CNN — Paul Begala (a Senior Advisor for a pro-Clinton SuperPAC) and Bakari Sellers (former South Carolina House Representative) often appeared on CNN panels. CNN also took a lot of flak for airing an empty podium at Trump headquarters rather than airing Bernie Sanders’ speech following the March 15 primaries. The Washington Post, whose editorial board endorsed Hillary Clinton, also discredited Sanders from the start and at one point published 16 negative Sanders articles over the span of 16 hours.

It’s impossible to answer the question: “did the Democrats rig the primary?” There’s no smoking gun to fully expose the DNC or Democratic Party, but public apologies from the DNC and a resignation from Debbie Wasserman Schultz suggests that DNC was far from totally innocent. We urge you to draw your own conclusions, and we urge the Democratic Party to learn from their mistakes if they wish to revitalize the party.

Thanks for reading! You don’t have to buy us a cup of coffee, but we’d love it if you liked this article on Facebook and shared it on social media.