Home / Fact Checking / What Is The Position Of Hillary Clinton On Flag Burning? 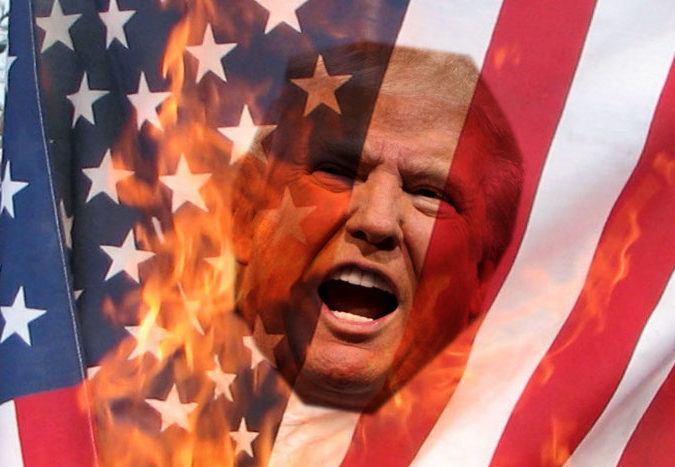 A lot was made about recent comments from Donald Trump about flag burning. On Twitter, Trump proposed that there should be consequences for people who burn the America flag. Trump tweeted:

Nobody should be allowed to burn the American flag – if they do, there must be consequences – perhaps loss of citizenship or year in jail!

Many of the left criticized Trump for this opinion, punishments for burning the flag impede on First Amendment rights. Trump supporters immediately tried to deflect the criticism, stating that Hillary Clinton actually proposed some similar during her political career. So, what was proposed by Hillary Clinton regarding flag burning?

Is It Illegal To Burn An American Flag?

First, let’s dispel the notion that there is anything illegal about burning an American flag. Flag burning cases have reached the United States Supreme Court twice. First, in Texas v. Johnson (1989), the Supreme Court ruled that flag burning is protected by the First Amendment. The following year, the Supreme Court invalidated a newly proposed federal law banning flag burning in the United States v. Eichman (1990) decision. Just remember to be careful where you burn your flags. There are plenty of federal and state laws which ban starting fires in various public and private places.