Home / Election 2016 / Why Were the Presidential Election Polls So Wrong? 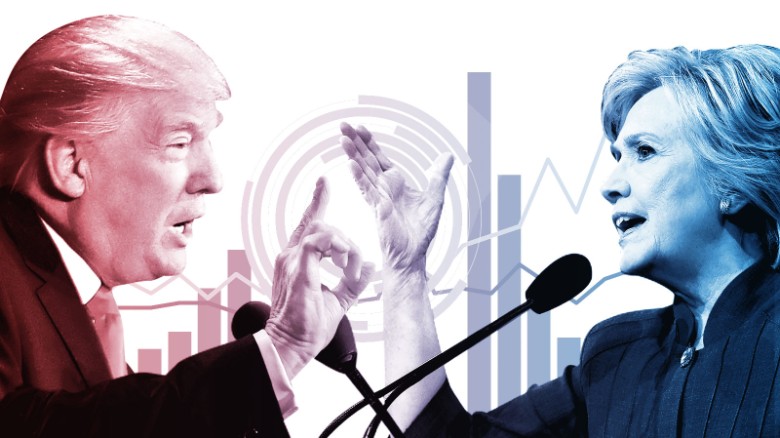 The Presidential election polls were wrong in 2016. Very wrong. Clinton led in most polls, resulting in a 3.3 lead on aggregate. Clinton also led most state polls, particularly in crucial swing states of Florida and North Carolina. She lost both. So why were the polls so wrong?

The Bradley effect may have impacted the 2016 election polls. Trump has been called a racist, a sexist, and is often likened to Adolf Hitler for some of his more extreme policies. It would not be surprising if those Trump supporters lied to public opinion pollsters, skewing the results.

This election introduced an experimental methodology used by USC Dornslife/LA Times. This poll received a lot of criticism for their methodology, which involved tracking a select group of roughly 3000 people and watching how their votes changed over the course of this election cycle. Their tracking poll appears to be the most accurate of any pollster, giving more legitimacy to the tracking method.

The 2016 Presidential election may revolutionize how polling is done in the scientific community.

The FBI, Wikileaks, and Millennials

Exit polls gave the Clinton camp some ominous signs heading into Tuesday night. 13% of voters made up their minds within the last week before the election. The argument can be made that Comey’s October surprise — “reopening” the Clinton email investigation — discouraged undecided voters from voting Clinton. However, shortly after Comey’s letter was made public, they FBI announced that they found no new information and would not pursue an indictment (again).

Voters may have also been discouraged by a steady stream of leaked documents made public by Wikileaks. The leaks centered around emails of Clinton campaign representative John Podesta and from the DNC. The leaks exposed collusion between CNN correspondent Donna Brazile and the Hillary Clinton campaign, resulting in Brazile’s termination from CNN. The leaks also had many Democrats crying foul play, stating Russia was behind the leaks in an attempt to deliberately influence the election.

Finally, millennial voters really let Clinton down on election day. Exit polls showed Clinton only winning roughly 50% of millennials, while Trump won roughly a third. It’s possible that the polls overestimated millennial turnout, as long lines could have discouraged them from voting. Ultimately, Hillary Clinton could not win over one of the main Sanders demographics.

There are a lot of reasons why the election polls were wrong. At this point, it does not really matter. At the end of the day, election polls are entirely worthless and all that truly matters is the final result.

why were election polls wrong