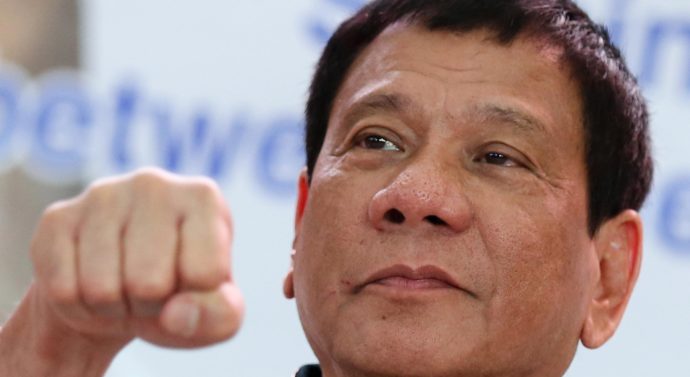 Comparisons to Adolf Hitler are thrown around a lot these days. But when you are invoking Duterte, they truly sound appropriate. So appropriate, in fact, that Duterte has already taken the initiative to compare himself to Hitler when referencing the millions of drug addicts living in the Philippines.

Duterte said, “I’d be happy to slaughter them. At least if Germany had Hitler, then the Philippines would have me. You know my victims, I would like them to be all criminals, to finish the problem of my country and save the next generation from perdition.”

A spokesman for Duterte has since tried to clarify the remarks, stating, “The President recognizes the deep significance of the Jewish experience especially their tragic and painful history. We do not wish to diminish the profound loss of 6 million Jews in the Holocaust — that deep midnight of their story as a people.”

However, this clarification does not change the fact that the most recent figures suggest that approximately 2,000 drug addicts have already been killed under Duterte’s reign. The longer Duterte stays in power, the higher the death toll will surely rise.

Drug addicts aren’t the only ones who should gravely fear the Duterte Presidency. President Duterte has strongly come out against basic human rights, stating that human rights are the “anti-thesis of government.”

President Duterte has told the EU and the US that he “will not beg” for their support and says that the Philippines can survive without it. It is still uncertain whether or not the EU or US will in fact withdraw support, though it seems clear that if either entity was to withdraw support, it would be far more damaging to the Philippines than President Duterte is willing to admit.

Future updates on the situation in the Philippines will be reported here.

Duterte later walked back on the statements, saying that the alliance would remain in tact, but the Philippines and United States would not be practicing joint military exercises together “next year.”

President Duterte announces a split from the United States, saying America has “lost.”