Home / Civics / What is the Electoral College? 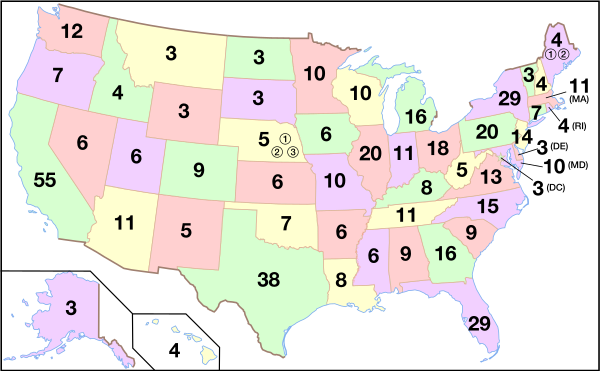 What is the Electoral College?

Every four years, citizens of the United States go to their local polling station and cast their vote for President. Technically, these citizens are actually electing representatives known as “electors” who [almost] always pledge their electoral vote in accordance with how their state votes. These electors comprise the United States Electoral College, the institution responsible for electing the President and Vice President.

There are a total of 538 electors, who are distributed among all 50 states based on the number of Congressional members each state has. For example, 38 members of Congress are from Texas (36 Representatives and 2 Senators); therefore, Texas has 38 electoral votes. Additionally, the District of Columbia has three electors, which they are granted by the 23rd Amendment which entitles the District of Columbia to the same number of electors as the least populous state in the United States.

How Does the Electoral College Work?

You fulfilled your civic duty and participated in a democratic election. But how significant is your vote in the grand scheme of Presidential election?

What Happens if Neither Candidate Receives 270 Electoral Votes?

How do you feel about the Electoral College?

Now that you know more about the Electoral College, let me know what you think about our electoral system by leaving a comment down below!