Home / Politics / Democrats Wonder Who Will Run In 2020 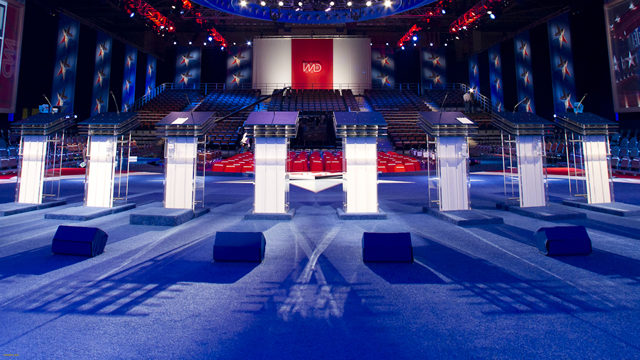 Donald Trump’s victory in November has left many wondering who will run in 2020 for the Democratic Party Presidential nomination.  Democrats planned on Clinton winning the 2016 Presidential, then running again as the incumbent in 2020. Clearly, things have not gone according to plan. In this article, we’ll forecast some potential 2020 Democratic candidates for President who will look to defeat Donald Trump four years from now.

Though we’re far away from the 2020 Presidential election, here’s a list of potential 2020 Democratic candidates you should keep your eye on.

Cory Booker is one of the first names brought up when people talk about potential 2020 Democratic candidates. Booker seems to be a popular choice because there are so many parallels between him and Barack Obama. Flash back to 2008 — Barack Obama was a young, charismatic, African-American Senator from a Democratic stronghold. Obama delivered a powerful speech at the 2004 Democratic National Convention, which really put him on the radar of many Democrats.

Now, return to the present. Cory Booker is a young, charismatic, African-American Senator from the Democratic stronghold of New Jersey. Booker delivered one of the most passionate speeches at the 2016 Democratic National Convention, putting him on the radar of many Democrats. Are you starting to see the similarities?

However, not all the commonalities between then-Senator Obama and potential 2020 Democratic candidate Senator Booker are rosy. Like Obama, Booker receives tons of money from from Wall Street. In fact, Booker received more Wall Street donations than any other Democratic Senator during the 2014 midterm elections.

If you’re wondering who will run in 2020, Cory Booker seems like a pretty clear choice.

If Booker is similar to Obama, then it must be noted how similar Senator Kirsten Gillibrand is to Hillary Clinton. Both served (or in Gillibrand’s case, is still serving) as a Senator from New York who stand out as popular and successful female politicians in a government run predominantly by men.

Gillibrand has not wasted any time in preparing a 2020 Presidential bid. According to the New York Post, Gillibrand is already reaching out to Clinton donors about a 2020 campaign. If you had to take one guess at who will run in 2020, Gillibrand seems to be the safest bet.

Bernie Sanders ignited speculation of a potential 2020 Presidential campaign after he simply refused to rule it out in a recent interview. Sanders remains America’s most popular Senator, and many progressives believe he would have won the election had he been the Presidential nominee of the Democratic Party. Many wonder if Sanders will be too old (he’s currently 75) to run again in 2020, but Sanders has made it clear that he will seek Senate reelection in 2018. If he was to serve that full term, it would keep him in office until 2024 — just as long as he would serve if he were to run and be elected President in 2020.

It’s tough to imagine Senator Sanders running a second Presidential campaign. It seems more likely that he will back the most Progressive 2020 Democratic candidate. However, the lack of progressive representation was exactly why he ran in 2016. If there’s no clear progressive in the mix as we get closer to 2020, don’t be surprised if Sanders runs again.

Hillary Clinton struggled mightily in the rust belt, losing Michigan, Wisconsin, and Ohio. It seems the Democrats may have lost touch with this group of voters. What better way to reconnect than running Ohio Senator Sherrod Brown in the 2020 Presidential election?

As you may know, Ohio is widely regarded as the bellwether state of the Presidential election. Sherrod Brown is clearly in touch with the voters of Ohio. Over the past forty years, Brown has represented Ohio as a Senator, a House Representative, and as the state’s Secretary of State. Brown has the experience and the rust belt appeal that could make him a successful 2020 Presidential candidate.

Now we ask you: who will run in 2020? Leave us a comment down below and let us know who you think will run as a Democratic candidate in the 2020 primaries.