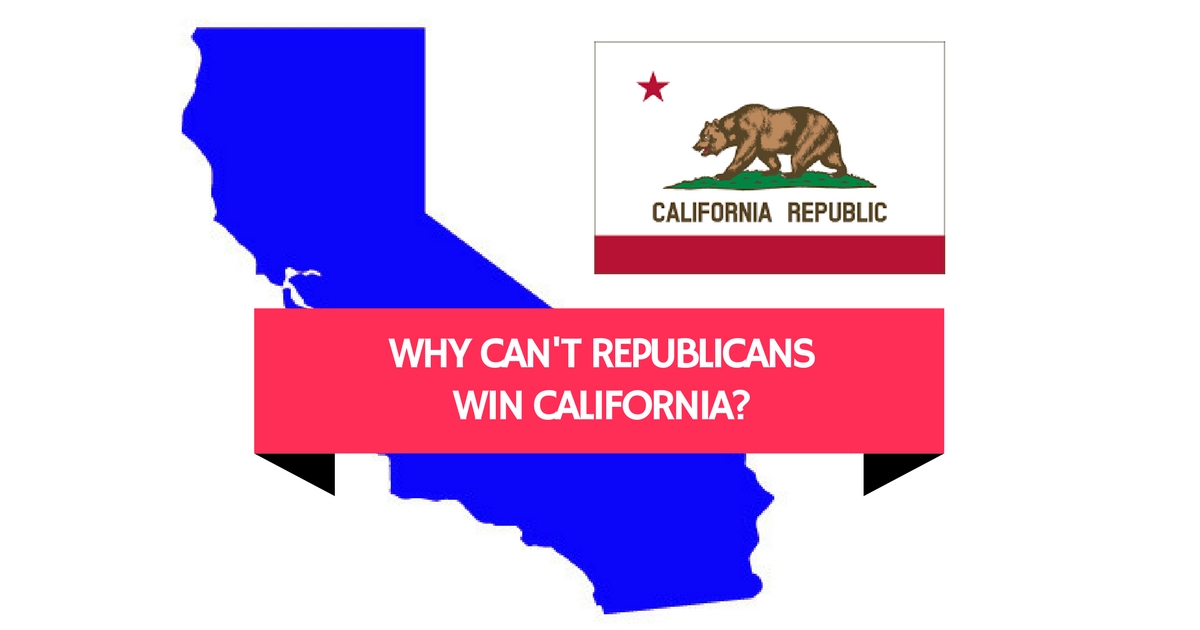 Year after year, California is a deep blue state. In the Presidential election, Republican nominees don’t even bother to campaign in the state, knowing the Democrats will win. In this article, I’ll answer the question: why can’t Republicans win California?

After the New Deal was enacted, labor unions gained significant power, especially in states such as California. The film industry and the shipping industry quickly unionized and grew powerful in the state. These labor unions attracted many social democrats, who quickly populated the state and ingratiated California with liberal values for generations to come.

Perhaps the biggest reason Republicans can’t win California today is the state’s demographics. California is currently 73% white, 6.5% African American, and 14.7% Asian. Furthermore, approximately 38% of the state identifies as Hispanic or Latino. Minority populations tend to lean Democrat, so their overrepresentation in California, plus the liberal white voters in the state, make it almost impossible for Republicans to win elected office.

The final answer to the question “why can’t Republicans win California” is the Democratic political infrastructure. A generation of Democratic politicians has created a vast network of voter outreach and activism in the state. As a result, the Democrats have won California in every Presidential election since 1992 and every Senate race since 1992.

Results of the last 10 Presidential elections in California. Graphic from https://www.270towin.com/states/California

Will California Ever Vote Republican Again?

For now, it seems highly unlikely. If anything, California is getting more liberal. Just recently, progressive candidate won sweeping victories throughout California, winning over 50% of the Assembly District Election Meetings seats in the state’s Democratic Party.

Now you know exactly why Republican can’t win California. Thanks for taking the time to read this article and I encourage you to share on social media or leave a comment down below to keep the conversation going.